Home/Blog/Helping Foxes in the South East of England

Here’s our latest guest blog – this time from the marvellous Fox Project who do such an amazing job giving a helping hand (paw?) to Foxes in the South East of England and was founded by great friends of ours Sue and Trevor Williams.

This year marks The Fox Project’s 30th cub season and, as I write, we have admitted 88 sick, injured and orphaned cubs, with the expectation of between 250 – 300 before the season is over.


The first cub of the season was Wendell. 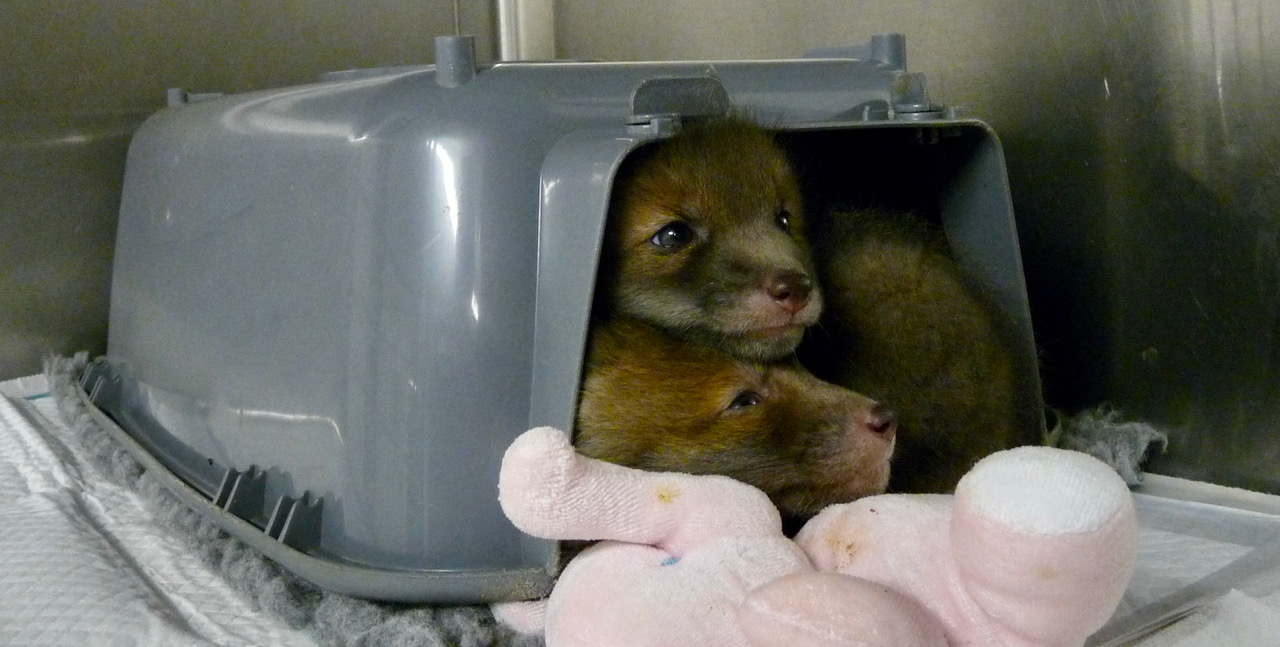 When a householder spotted an adult vixen crossing the road outside her home, she thought little of it until an approaching car startled the animal, causing her to drop something. Luckily, the car passed without running it over and she went outside to find a tiny, blind cub.

She did all the right things, placing him under a nearby hedge where she knew the vixen might pass. But the vixen didn’t return and, with a minus-degree night coming on, she had no choice but to bring him in.

Our second cub was found under a garden trampoline in Laurel Grove. Naturally, we named him Stan, but we have yet to find an Olly. Then came Brie and Banksy – the latter had rolled down a bank, but we don’t know who gave the former such a cheesy name. 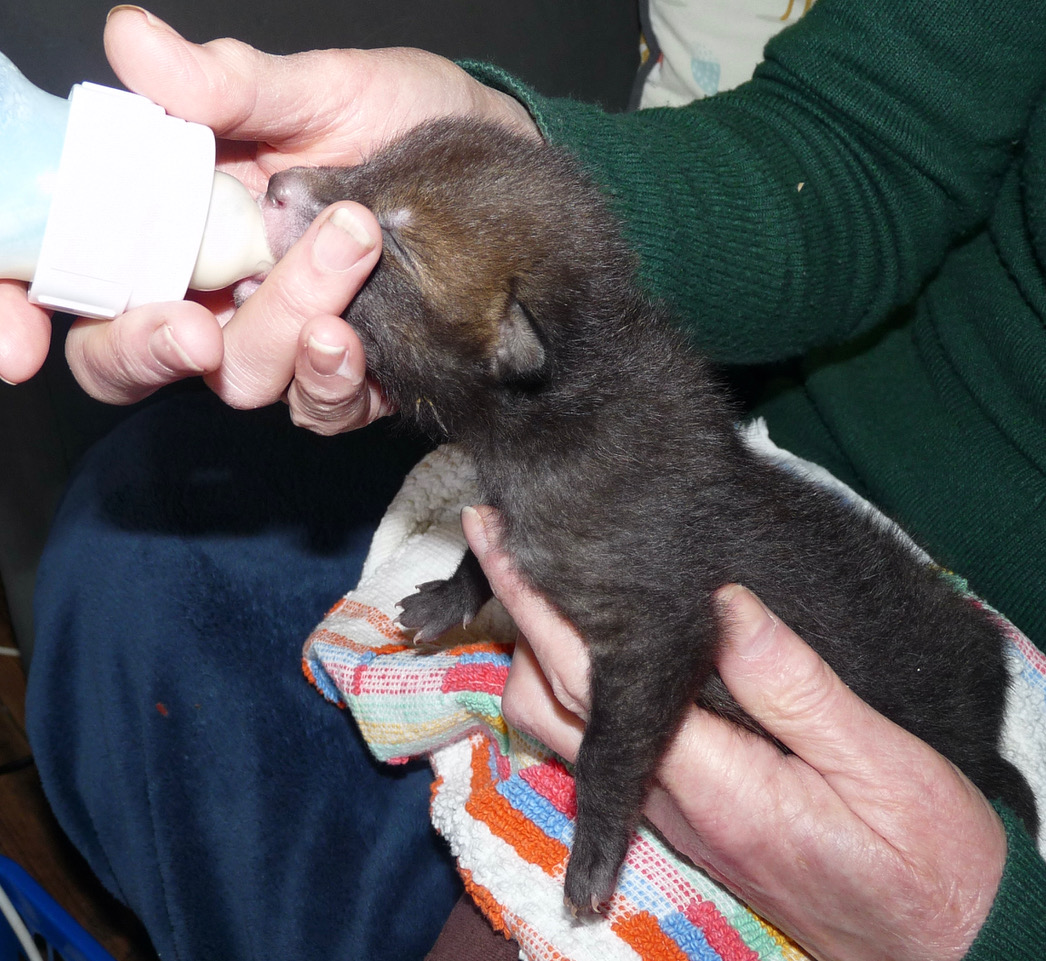 The Boilers were a six piece, mysteriously mistaken for kittens by a cat rescue group. They were found in a school boiler room and, had they been correctly identified at an earlier stage, we might have had the opportunity to reunite them with their mother. Sadly, a family split for no good reason.

A different misfortune befell Ella and Bella, whose mother was inadvertently blocked in beneath a shed by workmen. Because she wasn’t able to get back to her cubs, two had died – she, too, subsequently died after finally being discovered in a state of collapse - and it was a major task to prevent these two sisters from going the same way.

Whilst we accept most of the cubs we receive are genuinely in need of assistance – sick, injured or orphaned - reuniting cubs with their mother is the most satisfying form of rescue, and Peter King, one of our army of local rescuers, tells us this story…..

“It was Easter Saturday when the call came through from the duty ambulance driver – “Are you free? It’s not a rescue but could you take some cubs back home?”

Earlier in the day, five cubs had been rescued from a back garden where the owners had taken down a shed and revealed the fox den. Apparently, it is a favourite Kentish pastime to demolish your garden shed at Easter!

The distraught home-owners had reported that the vixen was back in their garden, searching for her cubs and clearly distressed. 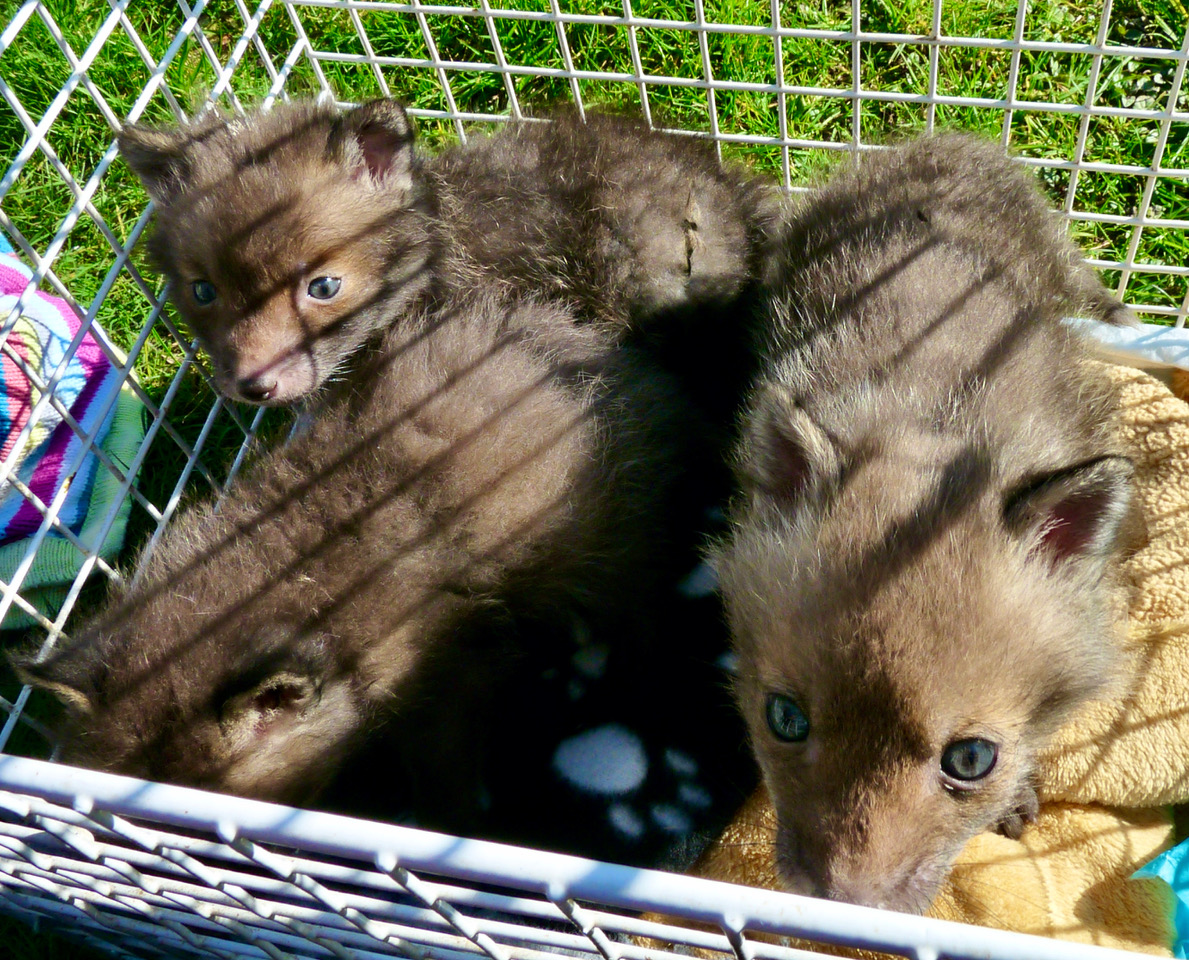 The race was on. Could they be reunited? I collected the cubs, who were contained in a heated cardboard box from which they couldn’t escape but from which “mum” could recover them. I positioned it on the site of the former shed and went indoors for a cuppa with the householders. Before the kettle had boiled the vixen came over the fence. Would she? Could she? All we could do was give her the time and space. And she used it well! The box was upturned, emptied and we have no reason to doubt the cubs were transported safely to another of the vixen’s dens, probably not far distant.

The home-owners – and me! - were delighted that the five cubs would now have the best chance of survival, as “mum” really does know best.”

Local rescue team Jeff and Jessica Cater had a different tale to tell of a family we subsequently named The Squatters.

“The call was for a cold and distressed cub and the plan was to retrieve it, check if the rest of the family were nearby and reunite them. Sure enough, we could hear more cubs crying under a nearby shed but there was extremely limited access between the concrete supporting blocks.

Vocalising cubs are usually cubs in distress. They needed to be checked out, but my only option was to squeeze into the tight gap behind the shed, remove a couple of loose blocks and get my head under. Predictably, the cries were coming from the opposite corner, the cubs were in a shallow depression and impossible for me to reach by hand. 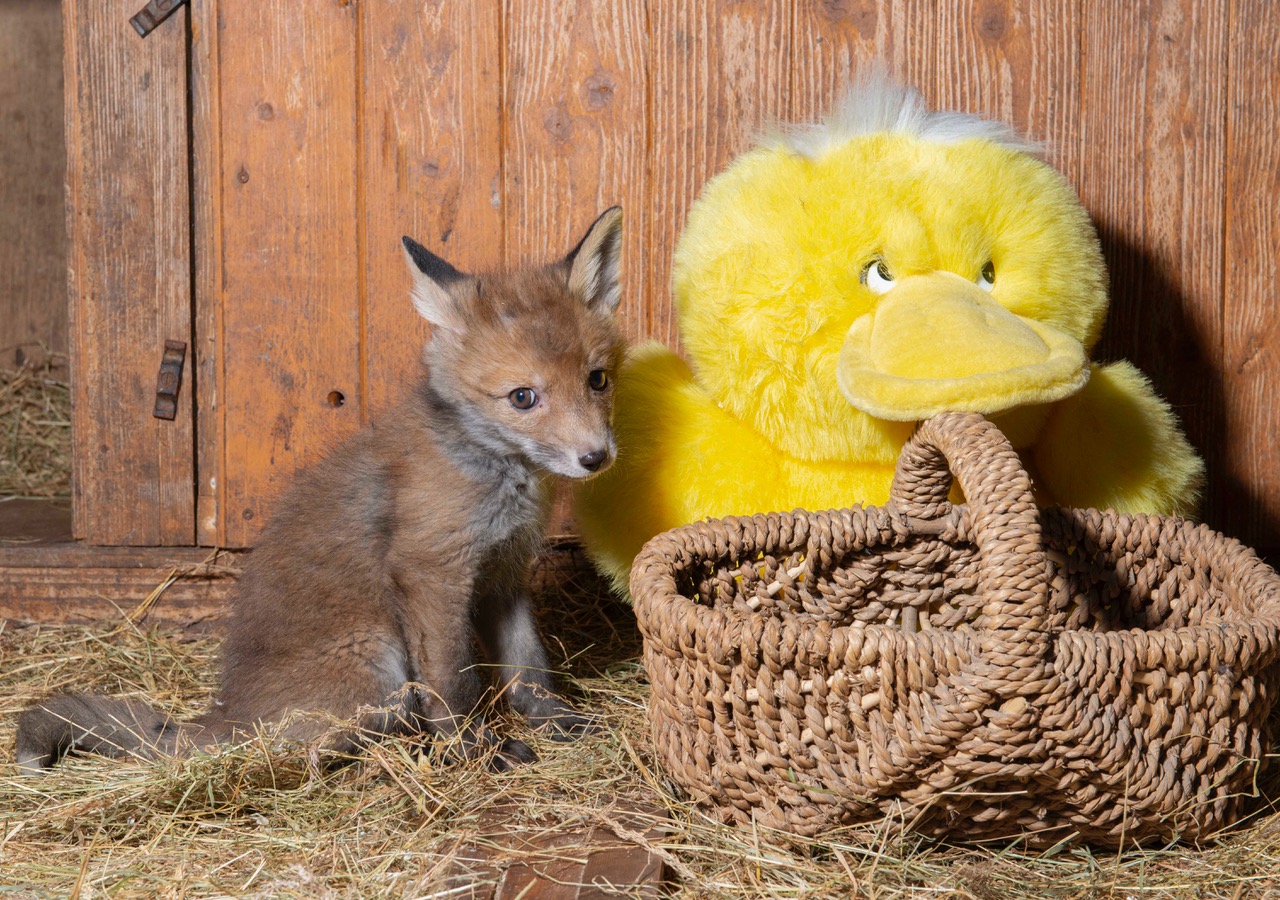 Our long-handled net would have reached them but was too wide to fit through the gap so, improvising, the householder lent me a broom and after much manoeuvring I was able to pull out cub number 2, then number 3, followed by 4 and 5 together and – oh no! – surely not 6 and 7!

The cubs were extremely cold, and Jessica did her best to warm them up in a big towel - and down her shirt! - while I checked there were no more.

It was clear from their condition that Mum, for whatever reason, had not been around to tend them for some time so it was a massive relief to recover them all.

In the end a successful mission but, after being called out for a single cub, we got rather more than we bargained for!”

Congratulations to all concerned. Both rescues were successful in entirely different ways, but the best options were found for 12 cubs in need of our help. 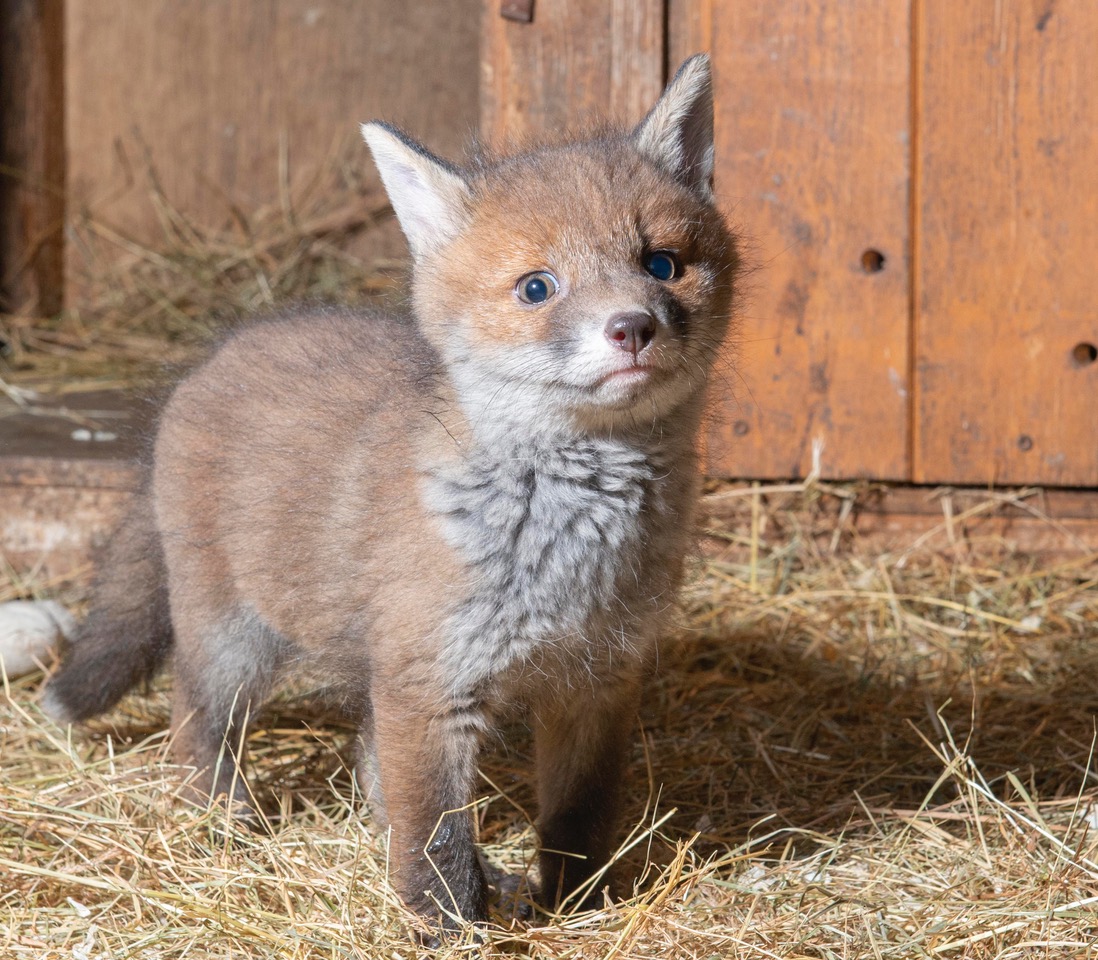 There was Olive and Izzie and Roddie and Dale. And Alfie, Flick and The Ramblers. Gizmo, Twizzle, Porter and The Bells. And siblings April and Bud, who were so emaciated, hypothermic and dehydrated they were practically dead before they arrived. As I write, it’s taken one staff member almost all her time, day and night, to get them through, but they look for all the world as if they’re now going to make it.

(If you would like to support our work through this cub season, please go to https://donate.thebiggive.org.uk/campaign/a0569000...)