Robb Johnson And The Irregulars - Happily Ever After 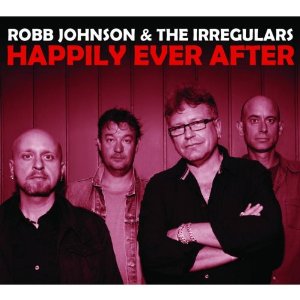 Happily Ever Afteris a 10 song conclusion to 2011's "Once Upon a Time", performed by the Irregulars, Robb & Tim on guitar & Charlie & John on drums & bass respectively, & recorded as live as possible by Ali at Transmission Studios.

7 of the 10 songs were recorded at the same time as "Once Upon a Time", & 3 more were recorded in November, including "When Tottenham Burned", which was named "song of the year" last year by FATEA magazine.
"Once Upon a Time" got some pretty ecsatic reviews - "a lean, muscled roots/punk hybrid that echoes The Clash & Oysterband in places... literate, uplifting, sad & beautiful - & full of real tunes to which you can actually sing along" said R2. Happily Ever After is pretty much like "Once Upon a Time"...only more so.

For track listings and more CDs by Robb see fourdogsmusic.co.uk