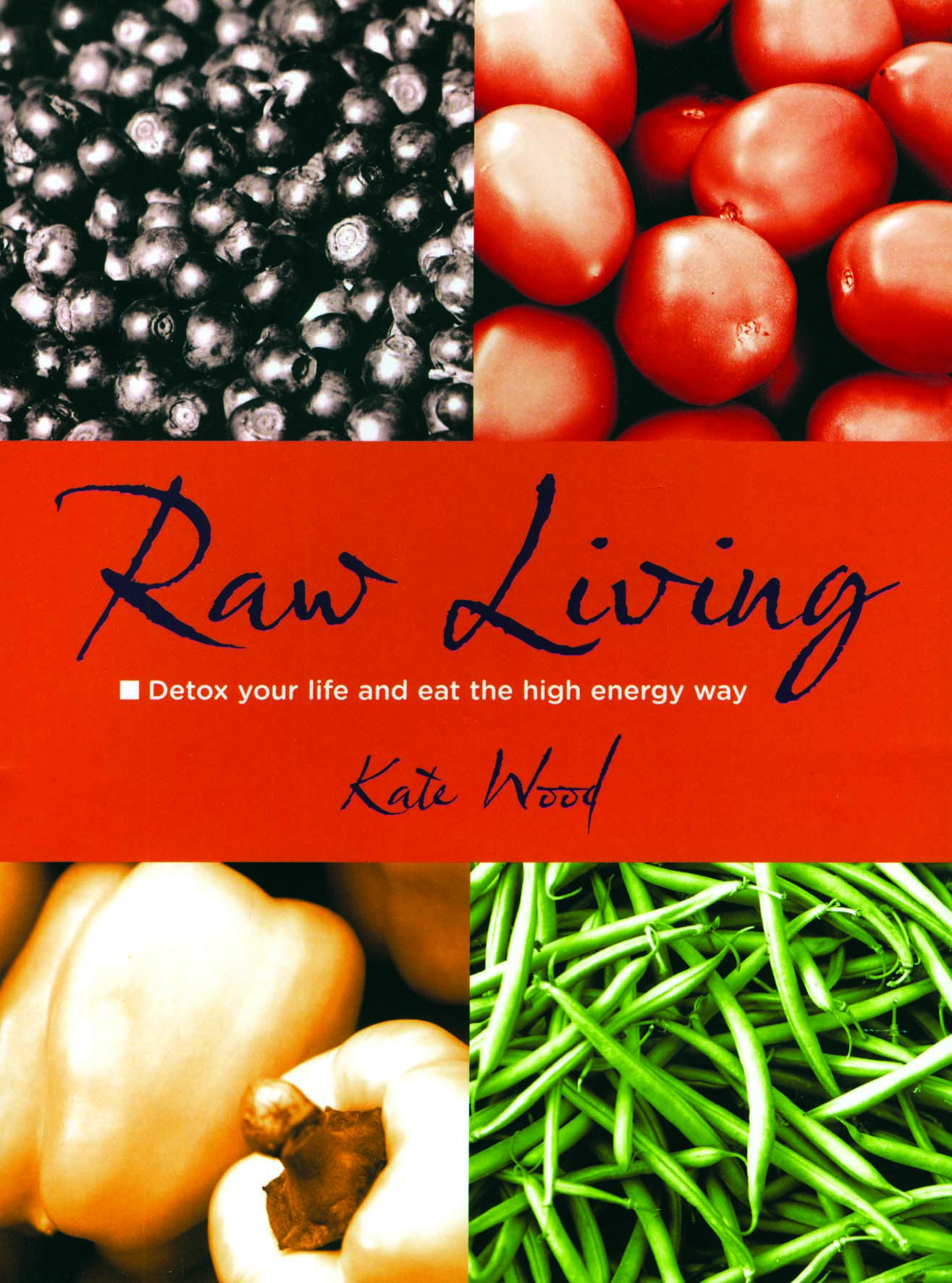 Raw foods are enjoying increasing popularity, particularly now many Hollywood stars are discovering how a diet based on fresh fruit and vegetables, nuts, seeds, sprouts and juices leaves you looking and feeling great. Recently Donna Karan, the fashion designer attracted media attention when she lost 2 stone on a raw food diet and Demi Moore went raw to train for her role in the last Charlie's Angels movie.

Kate Wood has been on a high raw diet since September 1993 and currently her entire family eats a diet of over 90% raw foods. She edited Fresh, the magazine of the Fresh Network from 1997-2000. Her first book, Eat Smart Eat Raw was published by Grub Street in 2002 and is now the best-selling raw food recipe book in the UK. Eat Smart Eat Raw has been published in the United States, Canada and Australia and has been translated into French.

There has never been a better time to try going raw and in this her second book, Raw Living, Kate provides more delicious easy recipes and guidelines demonstrating how raw foods have an extraordinary potential to transform by giving energy, strength and health .

Kate Wood is 36 years old and lives in Brighton with her three sons Reuben (9), Ethan (6) and Zachary (3). She runs Raw Living (www.rawliving.co.uk) and a shop called Raw Magic.

Kate has been featured in most of the national press including The Independent, The Guardian, The Sunday Times, The Daily Mirror, Metro, Vogue, Marie Claire, Cosmopolitan, Red and Zest. She has made a number of national media appearances on BBC TV and radio and Passion for the Planet, digital radio. She has spoken at numerous festivals and events around the country, primarily on raw food but also on natural parenting.